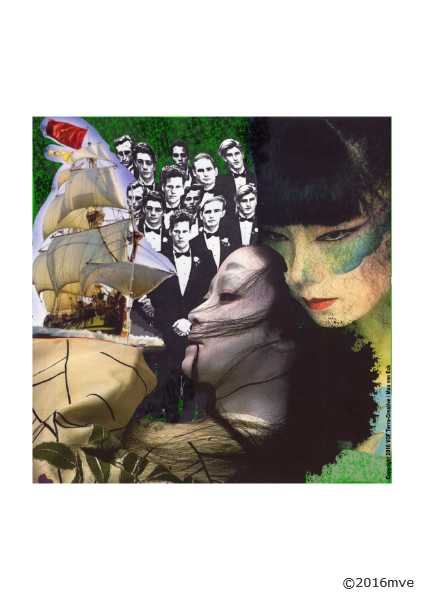 The Yakusi sisters were having their traditional green tea. Yes, it took forever to brew this green shit, not to mention the serving and nipping and... Well, anyway when they were done the storm season had passed and the tree people were launching their home build whales to set sail for the promised land. The Yakusi sisters knew that this was the time to start the big hunt. They were pissed that they had to hurry their tea-ceremony and this anger was taken to the hunt. They embarked their fast and furious gunships and started the pursuit of the heavy loaded whale ships. Meanwhile, a shanty choir was singing "Shiver me timbers" which was nerve-wracking the tree people.

terracreative
Fiverr
Seller
I work mainly in two disciplines. Modern mosaics and mosaic design both in glass and ceramic tiles. And I make collages and/or multimedia prints. Both hand made and digitally mastered.